I love candles! I especially love buying candles that come in glass jars or decorative containers. After a while those candle jars will no longer have a candle to light. I usually end up keeping the jars hoping that I can still light them after the wick is burned to the end. I guess I think they will magically appear again. I don’t know why I keep them. Maybe it’s because I have a mom who reuses everything. Needless to say I ended up with a shelf full of used up candles. 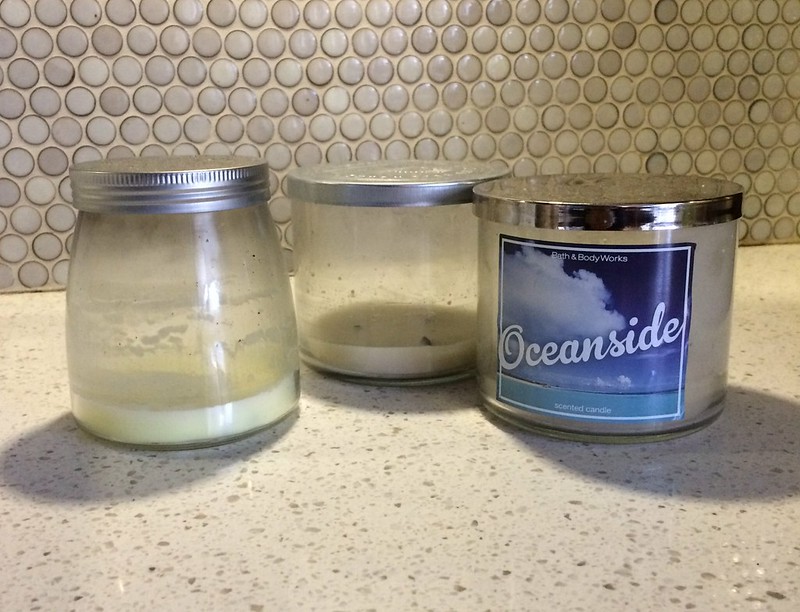 I finally decided that I needed to do something with it. I couldn’t let them keep taking up precious room and collecting dust. I knew that I needed to remove the leftover wax and wick before I could use them. I have seen several ways to remove the wax from these jars. There is the option of either using boiling water to remove the wax or freezing the wax. I decided to use the freezing method. I didn’t like the idea of having of to deal with the melted wax. Knowing my luck I would probably have made a mess. 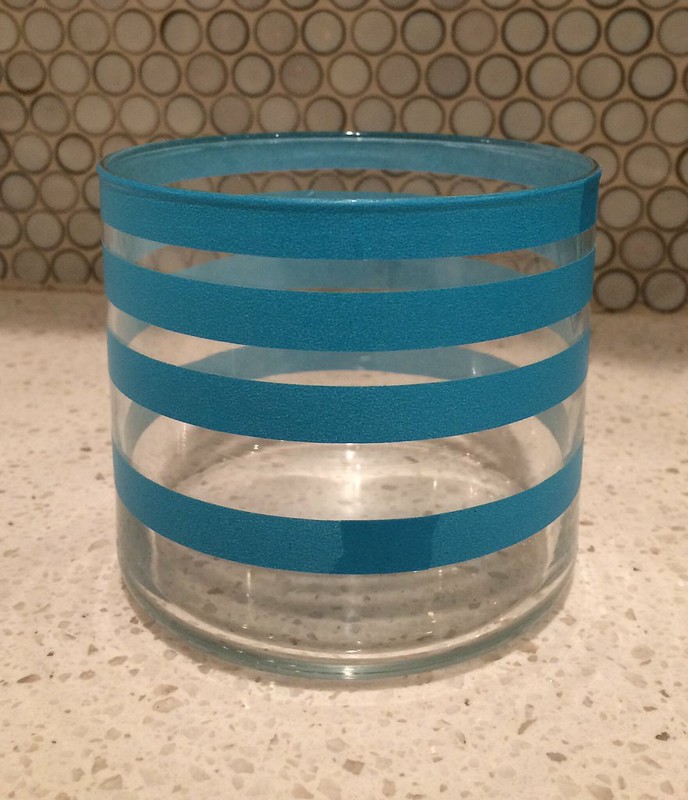 I put the jars in the freezer for several hours… some were left in there for weeks on end cause I didn’t have time to do them all. Once the candle frozen I took a butter knife and broke off the remaining wax. I thought the glass would just end up breaking as well, but that was not the case. The wax came off easily it was the wicks that I had the hardest time with. 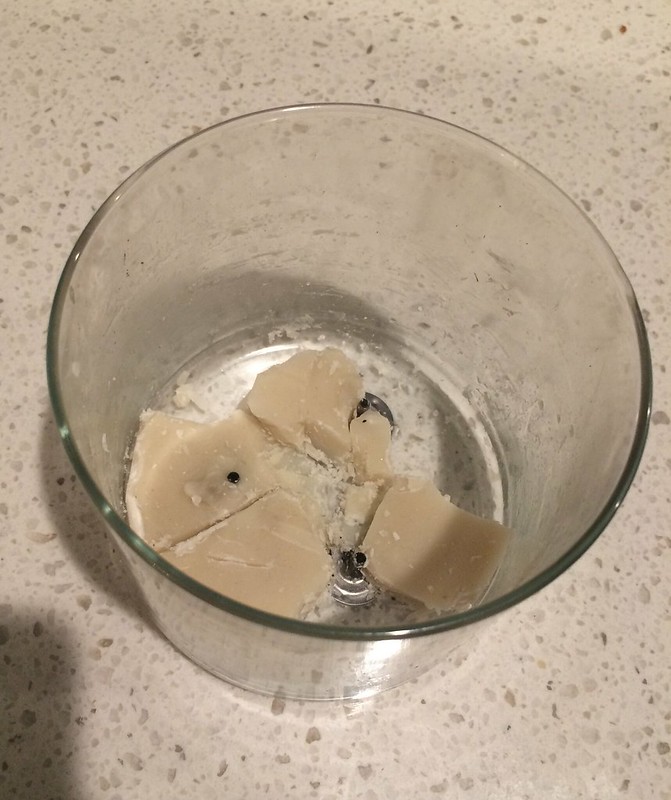 The metal ends on some of the wicks came off with the candle wax. The others were a little bit more stubborn. It was glued to the glass jars pretty well. I tried to scrape and push the wicks off. When that didn’t work I used needle nose pliers to remove them. Just grab on to the wick and twist with the pliers as you pull. The pliers worked like magic. 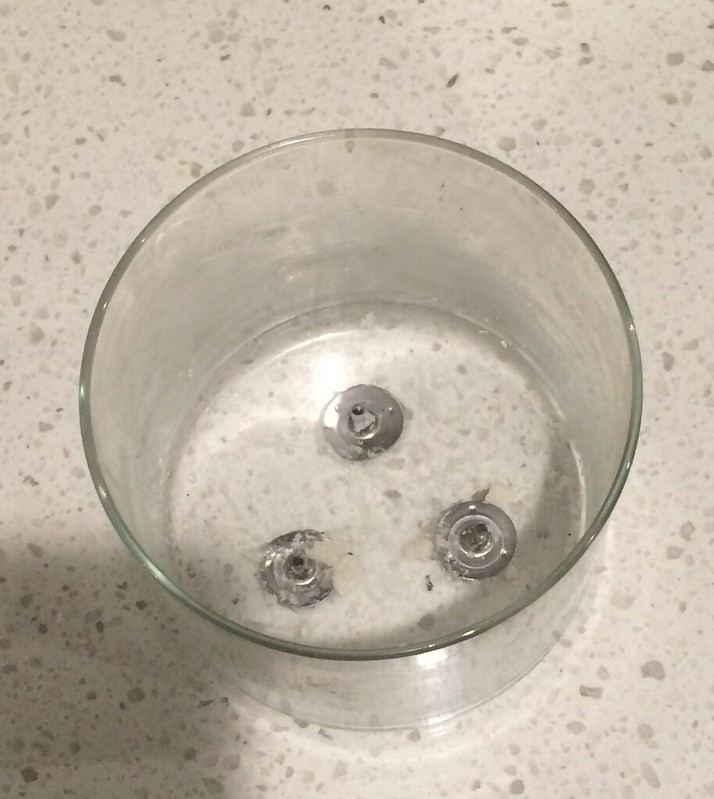 Once the jars were empty I removed any stickers and leftover residue. I just washed it with soap and water to make sure everything was removed. Once it was dry I took rubbing alcohol and a paper towel to wipe away any oils from my hand on the outside of the jar.

Then I decided what I wanted the jars to look like. I taped the jar to the design I wanted. For one of the jars I decided I wanted a gradual decrease in space. I started at the bottom of the jar with a 1-inch thick stripe then I went to a 1/2-inch to a 1/4-inch and then eyeballed the last one.

Once the tape was on I made sure there were no air bubbles for the paint to seep through. Then I took more rubbing alcohol on a paper towel and wiped the bare areas down. Then I painted the jars with a some acrylic paint. After the paint dried I painted another coat. I repeated this until I was happy with the color and look. 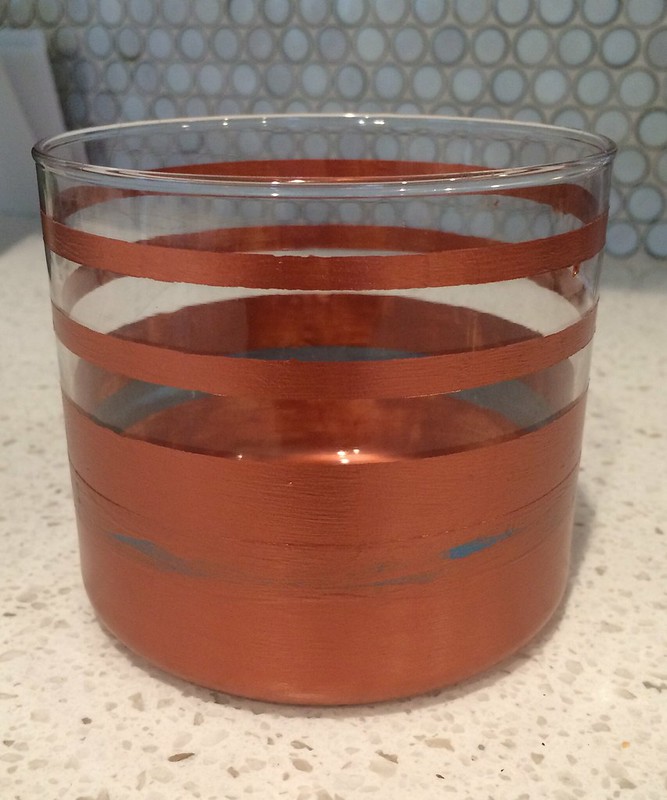 After the paint dried, I removed the tape. I forgot to take a picture of the jar completely painted. The picture above still has some of the tape on the jar. I also painted the lid the same color. Now I am using my jars for cotton rounds, q-tips, and cotton balls. 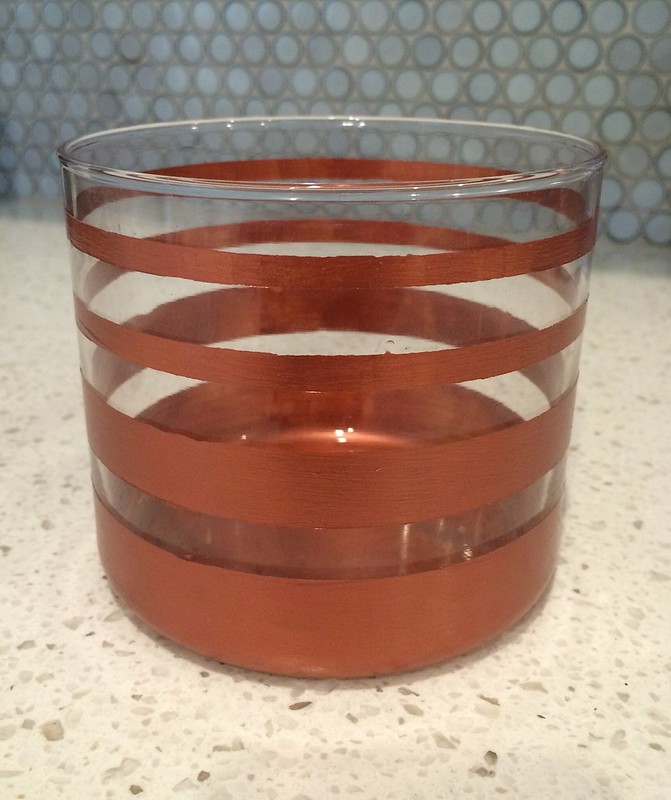 You can use them for many things: to hold pens, make-up brushes, eye liners, lip glosses, craft supplies, sugar packets, tea bags, or candy. I am sure you can come up with other ideas for them as well. Let me know if you have any questions. Also let me know what you used your candle jars for. I would love to hear your ideas and thoughts.

Sites we check out